When Andrew Shein finished his college football career at the University at Albany in 1994, he felt he was at the height of his prime.

“The crazy thing about football is when you’re 22 and in the best shape of your life, you may never play again,” said Shein, who graduated as the Great Danes’ all-time leading receiver – a mark since surpassed by former Fox Lane star Dan Gmelin.

At 5-foot-8, 175 pounds, Shein knew playing professionally was not an option. But he had plenty to fall back on.

So Shein headed off to law school at Florida State.

“It was something I was interested in for a long time,” he said. “I always liked arguing and trying to persuade people that my position was correct.”

Now 34, Shein has his own law firm in his adopted hometown of Tampa, Fla., after serving as a prosecutor with the state attorney’s office.

“It helps being a former prosecutor because you know the system inside and out,” Shein said. “You can give good counsel to clients about what to expect. It takes the stresses away.”

Shein said the practice has seen steady growth since its launch in 2002.

“It’s always a risky and scary thing leaving a job with the state, but there are a lot of opportunities in having your own practice,” he said. “You can make your own hours and you can spend more time with your family.”

Shein and his wife of eight years, Tien, have two boys and a girl ranging in age from 10 months to 5 years old. His wife performs many of the administrative duties in maintaining the practice.

“I am very lucky because my wife and I are a great team,” he said. “We really complement each other well.”

In May 2006, Shein became board-certified in Florida as a criminal-trial expert.

Shein said 98 percent of his cases are privately retained, but he also is appointed by the federal government in certain cases to represent defendants charged with serious federal crimes, including drug trafficking and bank robbery.

The fact that Shein is now a lawyer is hardly surprising to his former high school football coach, Ron Santavicca.

“Most kids, when you told them to do something, would say OK,” Santavicca said. “With him, he would give you, ‘Why?’ or ‘Maybe we could do it this way.’ He always wanted to figure out why we were doing what we were doing.”

That also applied to the other sports he played for the Cornhuskers: basketball and baseball.

“Andy had a feel for the game and a feel for his teammates,” Santavicca said. “He knew whose buttons he could push and whose he couldn’t. He was a guy who always encouraged other players to be better.”

Santavicca said Shein also got the most out of his ability – and then some. In a 14-12 regular-season loss to Ossining in 1990, Shein had 11 receptions.

“He got every ounce of athleticism out of his body any one person could,” Santavicca said. “He was not the fastest. He never was the strongest or the quickest. But his brain was in tune to what was going on. He could do things as well as great athletes because he willed himself to do them.”

Reach Joe Lombardi at jlombard@lohud.com or 914-696-8239. For an archive of stories in this series, visit lohud.com/catchingup. 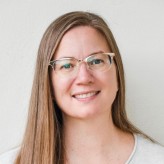